Science: the organized systematic enterprise that gathers knowledge about the world and condenses the knowledge into testable laws and principles

How do scientists study life and reality? We, as a collective, use science to explain the world around us. The scientific method is the basis for scientific inquiry; It is a rigorous procedure for making observations of specific phenomena and searching for the order underlying those phenomena. ​Sciences commonly use the scientific method, which consists of six interrelated elements: observation, question, hypothesis, prediction, experiment, and conclusion (Audesirk, Audesirk & Byers, 2011).

Limitations of The Scientific Method

As valid as we believe the scientific method to be, this point of view asserts that in order to be objective, we must remove intuition and consciousness from our explanations. This point of view is also known as "positivism", that is, only things that we can measure directly should be included as part of scientific theories. In 1905, even Einstein, inspired by Ernst Mach's version of positivism, became inspired by this view, creating his theory of relativity in his early career. But Einstein later learned, and rejected positivism as inadequate. Erwin Schrödinger, one of the key architects of quantum mechanics in the early 20th Century, recognized that "objectification" is just a simplified, temporary step in the progress of science in understanding the natural world. We are now at a point where we must abandon, when appropriate, the principle of objectification, in an effort to gain a more complete understanding of the universe, and thus ourselves.

"Things are much more marvelous than
the scientific method allows us to conceive."
Barbara McClintock

Components of the Scientific Attitude

The three components of the scientific attitude are
This attitude carries into everyday life as critical thinking, which examines assumptions, discerns hidden values, evaluates evidence, and assesses outcomes. Putting ideas, even crazy-sounding ideas, to the test helps us winnow sense from nonsense (Myers, 2010). 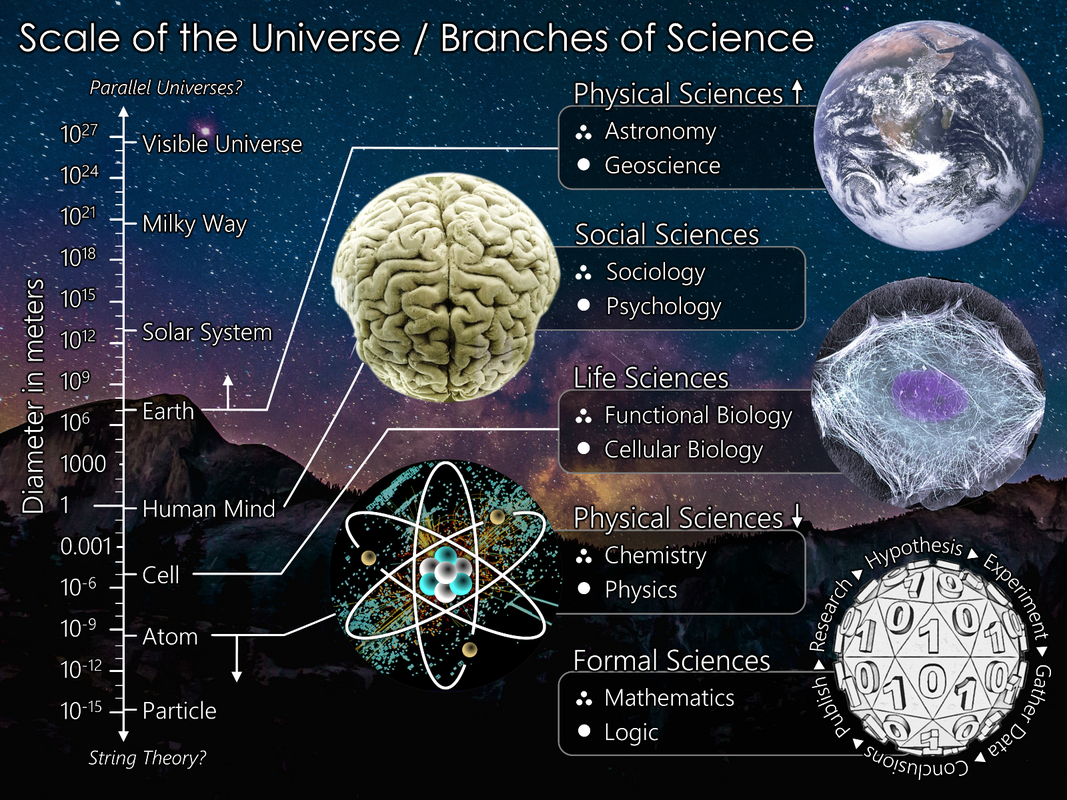 Branches of science. Image by Efbrazil on Wikimedia Commons